Menu
🎟️ Get My Ticket! 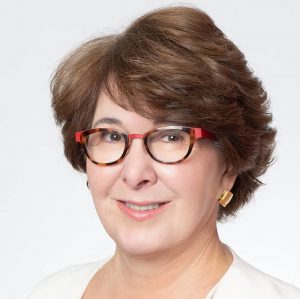 Amy Domini is founder and chair of Domini Impact Investments. Widely recognized as the leading voice for socially responsible investing, Time magazine named Amy to its Time 100 list of the world’s most influential people. Other awards include the Clinton Global Initiative citation for innovation and finance, an honorary Doctor of Business Administration degree from Northeastern College of Law, an honorary Doctor of Laws degree from Flagler College, and an honorary Doctor of Humane Letters from Yale University’s Berkeley Divinity School. Amy has also been named to Directorship magazine’s Directorship 100, the magazine’s listing of the most influential people on corporate governance and in the boardroom, and Barron’s selected her as one of the 30 most influential people in the mutual fund business.

Active in her community, Amy is a board member for the Center for Responsible Lending. She is also a past board member of the Church Pension Fund of the Episcopal Church in America; the National Association of Community Development Loan Funds, an organization whose members work to create funds for grassroots economic development loans; and the Interfaith Center on Corporate Responsibility, the major sponsor of shareholder actions. Amy has written extensively on the subject of sustainable investing, from the trailblazing Ethical Investing (1986) up to the recently published Thoughts on People, Planet, & Profit (2021). She’s a frequent guest commentator, Amy has appeared on CNBC’s Talking Stocks and various other radio and television shows.

Voting With Our Dollars: How to Use Your Financial Power to Make the World a Better Place

Ready to Build Your Financial Legacy?